Archer is one of the most popular and effective roles in Elden Ring. If you are planning to play as an archer in the game, this article will provide the 12 best arrows in Elden Ring and where to find/buy them.

The information you will get here will enhance your skills as an archer, giving you a better gaming experience.

What are Arrows in Elden Ring?

The game’s arrows or bolts are ammunition utilized for ranged weapons (bows and crossbows). They can be bought, crafted, or acquired after a match. This article provides guides on how to craft them, where to buy them, and how much they cost.

Arrows are ammunition for bows in Elden Ring. You can either buy, craft, or obtain them in the game. Runes are used for buying, while Nomadic Cookbooks are used for crafting.

You can find many types of arrows in Elden Ring, but this list provides the best of them. Along with the types are the locations where you can buy them.

The Great Arrows are usually used by archers who are working under a lord use this weapon. This ammunition is apparently used with ranged weapons such as bows and crossbows, specifically Greatbows. It pierces arrows instead of just damaging them.

You can purchase them from these merchants:

Are you looking for an arrow that hurts beyond physical damage? Golem’s magic arrow is a special type that is used by Guardian Golems. Its impact pierces enemies, which makes it a potent ammunition for range build.

These arrows are rare to find and cannot be purchased. You can find them at Limgrave Tower Bridge. Once you are there, drop by the Golem wielding bows using magic arrows.

Another special arrow that deals holy damage is the Golden Great Arrow.

Acquire this arrow for 500 runes by going to the Hermit Merchant’s Shack. Unlike the other arrows, it is more expensive, but it is justified considering its stats and ability to pierce the enemy’s armor.

The Dwelling Arrow can be utilized for both bows and crossbows in battle. It also pierces your enemy’s armor.

You can buy 30 arrows from an Abandoned or Imprisoned Merchant for 160 runes. You may also acquire them as drops after killing Ancestral Followers.

This ammunition is made from animal bones with a lightning tip. It is perfect for long-range and mid-range combat.

You may craft this arrow after obtaining the Cookbook of Ancient Dragon Apostle. You can make 99 pieces and store 600. Complete the materials to complete the craft:

As evident in its name, this arrow does fire damage. In fact, it is the default arrow if you select the Samurai Class.

This type of ammunition is available at Astray (East side) from Caelid North. A Nomadic merchant sells it for 120 runes each.

What makes this spear unique is the fact that it is permeated with the gravitational power of Radhan. The spear pierces and damages enemies from long and mid ranges.

Purchase this ammunition at Roundtable Hold, specifically from Enia, the Finger Reader, for 800 runes. However, you must defeat Starsourge Radahn first before it becomes available. You may also search for it, but never possible to craft.

You can have 30 spears on hold and store 600 in your inventory.

Why settle for physical damage when you can inflict elemental damage? It deals lightning damage, making it the best among the best arrows in the game. This ammunition is unique since its tip is made using Gravel Stone shards.

Probably the most potent and longest ammunition in the game is the Ballista Bolt. It is utilized by weapons like Jar Cannon and Hand Ballista.

Since this bolt cannot be crafted, you can purchase them by going to these locations where sellers await you:

First thing’s first, the Bone Ballista Bolt is different from Ballista Bolt. Their difference is its damage–this one has a lesser physical impact. This type can also be crafted.

You can easily get this after a victorious match with the Bell Bearing Hunter. The bones you will obtain from defeating the hunter can be easily crafted into five bolts. This makes you store more arrows and last longer in the game.

Afterward, you head over to the Bellum Church to acquire the recipe from the Nomadic Warrior’s Cookbook 13.

Who would not be killed by an explosion? This type of arrow does explosive damage to a great extent while piercing them.

You can buy it from the Nomadic Merchant in Mt. Gelmir.

Last but not least is the rotbone arrow. This type deals mid-range damage and pierces your enemy’s armor. Also, it buildups scarlet rot as the name indicates.

It is for crafting using these materials:

Obtain the Nomadic Cookbook 15 for reference.

Why Choose the Archer? 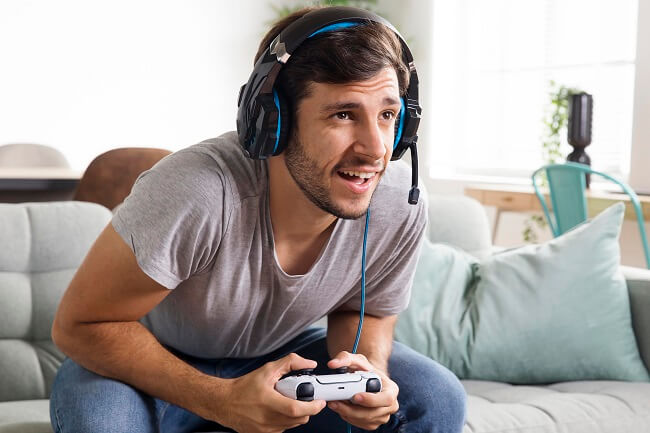 If you enjoy being the observant who are distant from the enemies, those who enjoy using range weapons, archer definitely the perfect role for you. The archer uses arrows and bolts in their battle.

The archer is advantageous in a game like Elden Ring since it provides a safe distance from your enemies. Considering the Elden Ring is a difficult game, you should play safe to avoid enemies who can kill you with a single shot.

Basically, if you do not prefer close combat, this role is your best choice. The ranger build, including the archer, uses arrows and bolts for effective gameplay.

Elden Ring is a game that offers various alternatives for battling opponents. You can utilize many characters and resources to become the Elden Lord.

The archer in Elden Ring is perfect for those who prefer using ranged weapons. They use arrows and bows to fight. These items are consumable since they can be crafted besides purchasing from merchants or acquiring them from winning over hunters or killing animals.

Crafting is easy in the game; you just need to buy or obtain a recipe book and crafting kit. Personally, it is better to purchase them since it is easier to farm runes than find rare locations to obtain them for free. To collect runes, be consistent in fighting bosses and enemies.

Since you are most likely an archer, given that you are reading this, I hope this article has provided you with the information you are seeking. Enjoy the game!