Can Xbox get viruses? Let’s get straight to the point here since it is tiring to read different answers all over the internet. Yes, it can get viruses, although they are extremely rare for particular reasons that I will discuss later in this article.

Viruses and all its other malicious forms are common in computers. They harm your device and corrupt your data, resulting in delayed operation, lagging, data erasure, and more.

are difficult to eliminate, so read along to avoid them interrupting your Xbox gaming experience.

Which Xbox are we referring to in this article?

We are talking about all four generations of Xbox, enumerated as follows:

Can the Xbox get viruses?

Viruses can infect any Xbox series. While they are uncommon, it is best to be aware of them and recognize them as soon as possible.

You might be asking, “Where do they come from when they are protected by Windows?” Hackers and scammers are everywhere, and sometimes it is difficult to avoid them. Be careful when someone maliciously asks for your confidential information, especially bank details. They most likely attack by sending phishing threats to acquire data. This is when they usually spread the virus. Always exercise caution when disclosing personal information. No anti-virus system can prevent this from happening.

Why are Xbox consoles immune to viruses?

All Xbox iterations are difficult for malware to corrupt. The consoles are heavily locked-down machines that do not run codes that are not verified by Microsoft. Also, they are not similar to PC OS, although they possess Windows OS elements.

Here are some reasons you should know about this claim:

The Xbox operating system is based on modified Windows operating systems. They have evident similarities between Xbox and Windows PCs, specifically their hardware and OS. Nonetheless, they are not vulnerable to viruses created for Windows.

Microsoft attempted to unify the two, syncing the game from Xbox to Windows PC and vice versa. However, it was not successfully done. Today, it disables cross-play, especially if the game is bought outside the Microsoft Store.

Microsoft requires software to have cryptographic signatures. This has been made to prevent game title and concept piracy. Without the signature, running the software on Xbox is impossible. In addition, later versions of Xbox included a developer sandbox, which allowed for the isolated execution of programs for testing purposes.

Microsoft is solely in charge of all the games and applications on Xbox. They scrutinize these games to validate their legitimacy. It even validates other stores like XNA Game Studio for Xbox and ID@Xbox for safety and quality.

How does Xbox avoid viruses?

The Xbox is protected from threats due to circumvention. Threats cannot easily overcome hardware cryptographic signing. The operating system is also difficult to interact with since it has tools designed to detect malicious activity.

How do I know my Xbox has viruses? 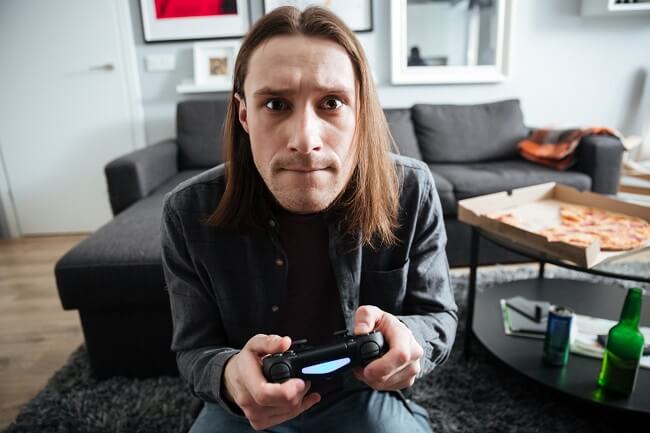 Xbox will not tell you if it has been infected with a virus. You will not receive concrete notification about this problem. Still, you have to look for signs that scream viruses.

Your Xbox will experience lagging issues

The most apparent sign of a virus attack is lagging issues. Xbox consoles are designed to have smooth FPS both offline and online. If your FPS drops instantly, especially in offline mode, the chances that your Xbox has been corrupted are high.

You will receive clickbaits and random notifications

Clickbaits are the top source of viruses. You can see them on different websites, which you are likely to avoid if you are computer literate. If the same thing occurs on your Xbox, do not click on them. They are obvious activities that will harm your console.

You get disconnected in online game sessions

Online games do not let any cheating software operate while playing. If you immediately get kicked out from an online game, there might be a virus posing as a cheating software. Well, unless you really used one.

There might be other reasons out there that imply there is a virus in your Xbox. You will immediately know it does not function the way it used to work.

You have unauthorized purchases

The most alarming sign is when a payment is reflected in your card without you purchasing something for your Xbox. Since most hackers’ purpose for creating viruses is to gain credit information, there is no need to doubt that your console has a virus.

How do I avoid viruses on my Xbox?

They say that prevention is better than cure. If you are confident that your Xbox is safe from any viruses, you should still follow preventive measures to protect it. Here are some tips we can share to you:

Do not buy games from unauthorized app stores

It is true that Xbox requires cryptographic signatures to accept software. However, we should never underestimate the hackers. If you want a new game, always buy from the official store.

Do not accept odd friend requests

While creating new connections on Xbox makes the game more fun, be careful in accepting friends. Players whom you have already played with can have an overview of your account and are able to send you a message. As a result, they can send you suspicious links that will expose you to other hackers.

Please change your passwords as often as possible. We recommend you to change it after three months or if the necessity demands it. This tip should be practiced to eliminate all ongoing and upcoming threats.

Viruses are truly troublesome. They are difficult to remove and may require you to delete all your data. Thankfully, Xbox is not easily infiltrated with viruses. It is a great initiative to provide users with smooth gaming experiences.

Do not be complacent, though. Regularly check your Xbox and make sure you are not downloading data that may contain a virus.