Jealous of the translucent status bar of iOS? Get yourself such a shiny bar by an Xposed module now!

The picture above is a translucent bar example on iOS. The consistency of app and system is just superb. It doesn’t draw your attention by icons in different colors, the basic status are there with both high readability and fascinating background color. It’s a feature that I personally have been waiting for long on Android and recently implemented on the Android Lollipop. But what about users on other “desserts”?

Flat Style Colored Bars is an Xposed module, supports 4.3.x and 4.4.x. It changes your status bar color according to the color of current app, with multiple layouts.

There are 4 overlay styles: None, Flat, KitKat Gradient, and Android L. None is the classical status bar style, black background and white (or custom colors by 3rd apps) icons. 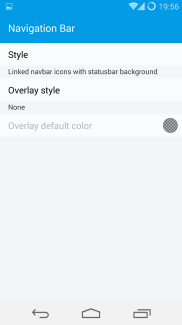 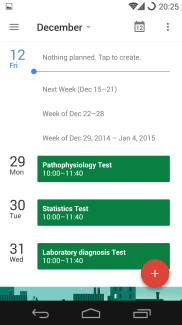 The pictures above are examples of Flat style. The app title background color is combined with status bar color, just like iOS. One smart point is that it not only links status bar color with app title color, but also changes the icon color. It renders 3rd app icons into black and white to make them look in the same style with other system icons. 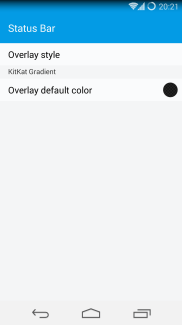 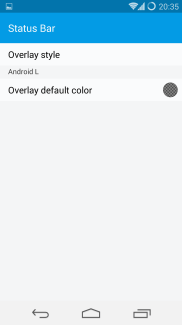 As the name goes, KitKat Gradient is based on KitKat translucent bar. There’s a transition field on the top. Android L style repaints the status bar color. From these two styles and other built-in styles of Android, it’s perceptible that Google wants status bar to be smoothly transited to app, but it has its own territory. Stock Android status bar color transition must be supported by app developers. However, Flat Style Colored Bars works for all apps, even those which don’t support translucent bars. 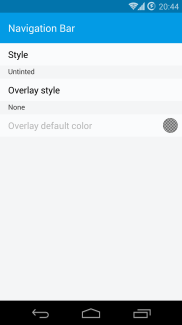 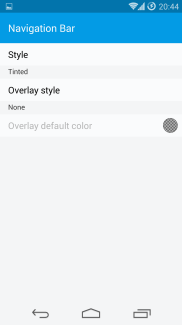 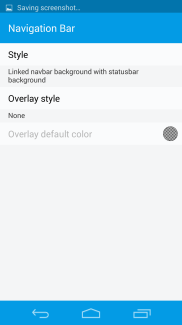 This tool is simple to configure but delicate enough. Whichever you want to try: iOS, KitKat or Lollipop status bar style for all apps, get this module and leave the rest to it.