Google Keep and Evernote are the best-known note-taking apps in the market. What’s different between them? Is either good under any circumstances?

Google Keep is a note-taking app by … well, Google :D. It provides consistent experience of notes which are like sticky notes on the fridge. It doesn’t only look like this but also designed to be so.

Evernote, on the other hand, provides a fairly comprehensive workplace (as it advertises). You can handwrite, text, set a reminder and take a photo etc. Everything you need is there, all in one app.

Let’s take a tour of these two apps and see which one gratifies you the most. 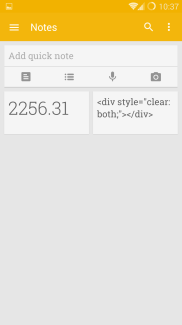 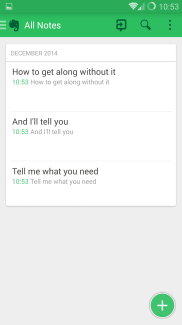 Once you tap the Keep app, all notes are there, in grid view by default. Simply by a glance you can find your needed note with ease. On the top there’s “Add quick note” field, so you can write your ideas right in it, and quick note is indeed a bona fide description. There’re also four buttons so you can start other tasks if texting isn’t the best option for now. They are: New note, New list, New recording and New photo note.

The first page you’ll be directed to is “All Notes” in Evernote. All notes are in list view and no other views available. The notes provide dates and time, can be sorted in some ways, recently updated by default. There’s a floating button (not material design though) on the bottom right standing by when you need to add an item. (Quote by Scott Adams)

Imagine you’re a writer and suddenly a rarely great idea just formed in your head on the bus, you want to write it down ASAP. The idea is “Every 60 seconds spent is 1 minute passed”. The maximum duration of note completion must be less than 60 seconds, the longest time I can keep the surprise idea.

Evernote took 16.968 sec. Not bad. The only difference I noticed was the launching speed. Evernote took about 2 sec to fully load, which is complained by some users but not yet optimized to a satisfactory degree. Also I needed to tap “add” then “text” then start writing.

Google keep also has 2 types of widgets, while Evernote provides none.

For this test, keep is doing better for its quick note text box over the hand.

Well we’re not just taking quick notes. For most of time, you still have abundant time to format and polish your notes. 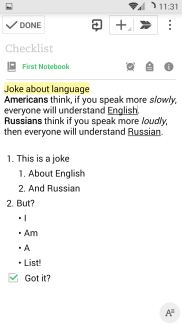 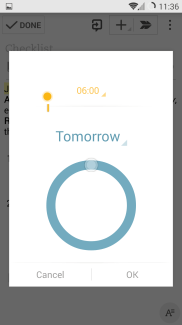 And show time for Evernote. It has many formatting means: Bold, italic, underline, highlight, to-do list, ordered list, unordered list. You can also undo and redo. Powered by these formats, you’re really turning your virtual notes a real one.

I have to admit that I didn’t favor Evernote before, but it does format my texts in a flawless way and it does stun me. Look at the list, the indentation can be adjusted to build it in a structured style. Although it’s not like Microsoft Word which implements many more features, but Evernote does provide only what you’ll be actually applying. The only confusion is the reminder setting, I don’t know why date is set by a circle with long perimeter, which means more precision compared to the shorter time slider. The circle should indicate something like a clock or what, but seems it’s merely a circle. 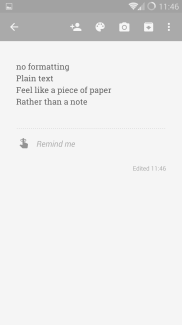 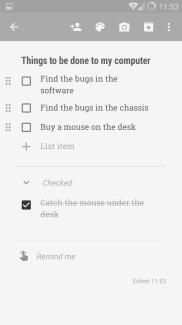 Google Keep is much simpler. You can only input plain text, the way you do to a memo. Keep has its own advantage against Evernote in reminders. It has integrated with Inbox, Google Now and Google Calendar (of course itself will remind you too), desktop and mobile version. If you’re a heavy user of Google, you can enjoy the unblemished collaboration of Google services. Also, the checklist can be reordered as you wish by dragging the dots on the left. The checked items are moved to the bottom. This can be the best choice as a shopping list. 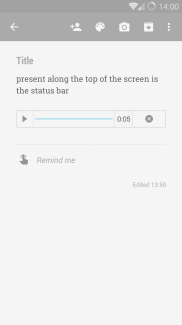 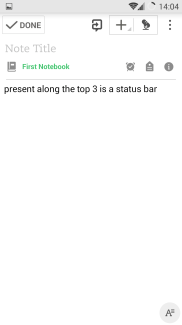 Both apps provide audio note and Speech-to-text functionality. Evernote has separated these two features apart, you can’t record and turn the speech into text simultaneously. The speech recognition feature isn’t satisfying: some words are misunderstood and it takes 2 to 3 seconds before the text appears. However, you can carry on speaking when the phone ding-dongs.

The original speech for both apps is: Present along the top of the screen is a status bar.

Google Keep successfully recognized most of the text, while audio note can only be added once on the main screen. It’s not possible to attach a piece of audio later. That’s really a defect. But Keep retains your audio along with the recognition result, convenient for recheck. 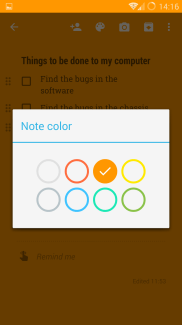 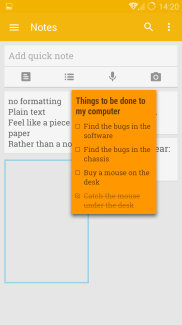 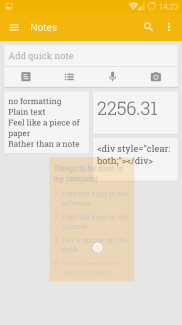 Google keep allows you to pick a color for your memo and you can find it immediately due to high contrast. The typical swipe gesture is quite handy: swipe to archive, long-tap to manage multiple notes. Though it’s arranged in tiles by default, I bet you will find this mode more efficient. 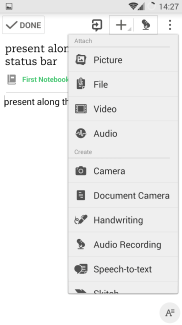 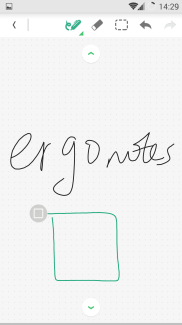 Evernote is better at its diversity of attachments. All major files are supported. The handwriting notes are nicely reinvented: when you attempt to draw a rectangle, a line, or a triangle, the app makes its best guess and ask you if you want to transfer it to a standard shape. Note the rectangle icon beside the green drawing.

One fundamental problem to consider in a sync system is to resolve edit conflicts. This happens when you edit the same notes at the same time with different changes. Generally there’re two resolutions:

But both need your participation. Auto resolution may cause data loss or duplicate info. 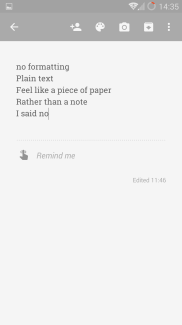 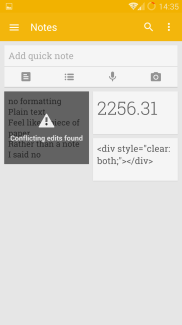 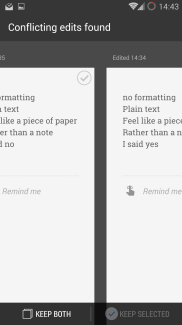 On the Keep desktop version, I added a line: I said yes. And on mobile Keep, I added a different one: I said no. As I tapped back on the mobile app, it prompts me “conflicting edits found”. Good vision! As I assumed, it asks me to keep one or both versions, merging is not applicable. 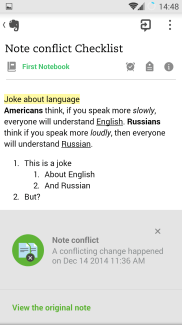 Evernote performed quite well too. I added a checkbox item on mobile “Sure!” and on desktop “I think not”. As I saved it, Evernote auto syncs and noticed me on the mobile “Note conflict”. Both versions are kept without user’s command. The same as the desktop Keep, there’s no notification.

I personally prefer Google keep’s resolution. It presents me with two versions so I can decide where the conflict was. But both aren’t perfect upon conflict dealing. The best way to do it is mark the conflicts and disregard the common parts, just as how most SVN services do.

A good review is committed to show an unbiased view of an app, both the great and bad characteristics.

I used to look down upon Evernote, confident that it’s not appropriate for note since it’s too complicated. But I’ve to say, Evernote is yet one of the few apps which can fulfill the needs of taking an illustrated note. You can create and beautify your ideas in Evernotes and share the decent work all on your mobile device. Think it over, when the inspiration emerges, a tablet or a mobile is all you need to finish it. The down side for now, I still hold the doubtful attitude towards the business card scanning feature. Evernote free users are only given 60MB free traffic per month which is far from sufficiency, nonetheless it deserves subscription.

Google Keep is great for short ideas, reminders, and memos as you see it. It runs fast, with the complementary aids of Google. For daily life, such as shopping list, to-do list, flash-in-a-second thoughts, other than formal writing, it fits you better. The weak point is clear: strictly limited attachment support.

For myself, I’d keep both of them. I don’t expect there’s one app that combines all benefits, it will just lead to more issues. I’ll open the respective app according to my purpose.

You can also look at our EverNote vs OneNote comparison.